No holds barred discussion. Someone train you and steal your rare spawn? Let everyone know all about it! (Not for the faint of heart!)

What the hell was up with all the crappy commercials this year? Last year we had such classics as Terrible Terry Tate and all we get this year is a bunch of chaff. Only one remotly good I thought was the one where the wife was yelling at the Ref.
Momopi Down warder of PD
Naala Momokitty Raid Assassin of PD Meow Meow
Naala the Breeder in Ted Club
Top

I agree. they did have a bit of suckage this year
Pyre-Fire/Devices-Blaster

This is my rifle. There are many like it but this one is mine.
Top

Siji
Way too much time!

Hollywood and the advertising worlds are both completely out of new ideas and creativity.
Top

Vetiria
Way too much time!

The donkey was good too.
Top

Marbus
Way too much time!

I liked the one with the kids and the soap in their mouth as well as the first AOL commercial where the guy on the motorcycle went flying like a mile past the ramp... given the AOL commercials eventually got old but the first was pretty funny.

The dog biting the other guy in the fuzzy bean bag was good, the crew that I was watching it with and I had a great laugh.
This is my house, remember my rules, first rule is I never lose.

In my house, you're just a guest, you might be good but I'm the best.
Top

the one with the wife yelling at the ref was in the top 5 definetly. the majority of the beer ones were good too. the soap in the mouth was hillarious. i really liked the one were a bunch of NFL players are singing the sun will come out tomorrow.
Top

Akaran_D
Way too much time!

Rofl, the kisd with sopan in their mouth was great.
I about said the same thing.. I want that car.
Akaran of Mistmoore, formerly Akaran of Veeshan
I know I'm good at what I do, but I know I'm not the best.
But I guess that on the other hand, I could be like the rest.
Top

Revs
Way too much time! 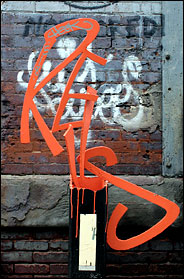 That was how they ranked in a poll taken. I think you forget how many good ones there are because of the utter onslaught. Looking over the list, I see eleven I liked quite a bit. That's a pretty good ratio imo
Gorjah on Veesh

Revs
Way too much time!

You know what I just realized? There was no Will Smith annoying summer movie ad! Have we been spared?

I thought the best ad was the NFL "Sun will come out tomorrow" ad..."tomorrow, everyone will be undefeated". It's the only one I really laughed at.
Xunil Tlatoani - Gnome Arch Lich (Retired)
Keepers of the Elements